Venetoclax is a selective and orally bioavailable small-molecule inhibitor of BCL-2, an antiapoptotic protein. Overexpression of BCL-2 has been demonstrated in CLL cells where it mediates tumor cell survival and has been associated with resistance to chemotherapeutics. Venetoclax helps restore the process of apoptosis by binding directly to the BCL-2 protein, displacing pro-apoptotic proteins like BIM, triggering mitochondrial outer membrane permeabilization and the activation of caspases. In nonclinical studies, venetoclax has demonstrated cytotoxic activity in tumor cells that overexpress BCL-2. PD-L1 may be expressed on tumor cells and/or tumor-infiltrating immune cells and can contribute to the inhibition of the anti-tumor immune response in the tumor microenvironment. Binding of PD-L1 to the PD-1 and B7.1 receptors found on T cells and antigen presenting cells suppresses cytotoxic T-cell activity, T-cell proliferation and cytokine production. Atezolizumab is a monoclonal antibody that binds to PD-L1 and blocks its interactions with both PD-1 and B7.1 receptors. This releases the PD-L1/PD-1 mediated inhibition of the immune response, including activation of the anti-tumor immune response without inducing antibodydependent cellular cytotoxicity. In syngeneic mouse tumor models, blocking PD-L1 activity resulted in decreased tumor growth. Rucaparib is an inhibitor of poly (ADP-ribose) polymerase (PARP) enzymes, including PARP-1, PARP-2, and PARP-3, which play a role in DNA repair. In vitro studies have shown that rucaparib-induced cytotoxicity may involve inhibition of PARP enzymatic activity and increased formation of PARP-DNA complexes resulting in DNA damage, apoptosis, and cancer cell death. Increased rucaparib-induced cytotoxicity and anti-tumor activity was observed in tumor cell lines with deficiencies in BRCA1/2 and other DNA repair genes. Rucaparib has been shown to decrease tumor growth in mouse xenograft. 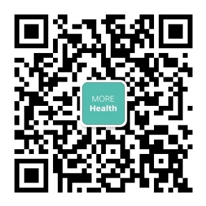